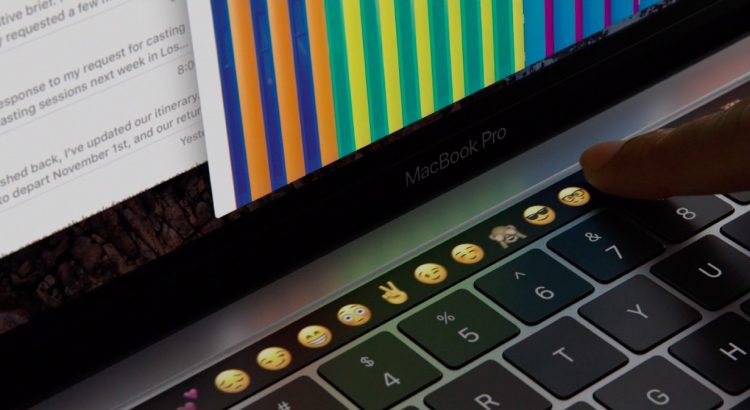 There are niche cases of course. Over the years I’ve dabbled with Linux. From the early Fedora releases, Linux Mint and of course the ubiquitous Ubuntu. I never really had a major gripe with any of those systems as OS’s. They were fine, albeit a bit difficult for the average consumer to grasp fully. Ubuntu has gone an insanely long way to resolving most of those hangups to be fair, and it’s now in a state where I could reasonably expect to teach my mum how to use it in a few days. Which is really saying something. The little penguin has come a long way and I’ve got nothing but good things to say about it.

The third leg of the triumvirate is of course, MacOS (no longer Mac OS X a change since Sierra). I’ve transitioned through various opinion states about this OS. From my early years where it was looked upon with an equal mix of confusion and laughter. Through to my mid 20’s where I thought that the expense of the hardware made it a choice only a lunatic would make. Through to my current phase where I’ve been around the block enough times to come to the conclusion, that you use the tools you have in front of you regardless of what shape and form they come in.

There are a litany of other arguments that could be thrown into the mix, and to each individual they would be perfectly valid arguments. These are arguments that I myself have complained about over the years. I’ve been the guy with the Android phone and rooted it to do all manner of ungodly things. I’ve been the guy with an iPhone that rooted that to make it work like an Android. So if you’re reading this and bristling with all of the arguments above and more, that’s cool. This post probably isn’t for you, since I’ve long since moved past the phase where I feel the need to argue PC/Mac/Linux or Xbox/Playstation/PC or Converse/New Balance/Vans or whatever other combination of brands and systems you can concoct.

Use what makes you happy on the inside. This post isn’t trying to change your mind.

I should also stress, this isn’t a review of the late 2016 MacBook Pro either. I will touch (boom boom) on some elements which are specific to this model but that’s circumstantial rather than the aim.

Simple. New job, new tools. I had the choice of a Late 2016 MacBook Pro with Touch Bar or an HP Envy notebook. I sought power over weight and it was a simple decision at that point. I knew what I was getting into, and if I’m being honest right now? I wholly expected to be running Windows or Linux on the hardware in some sort of dual boot shenanigans.

I’ve noted down the things that I’ve either had to relearn, or just get used to. Most of these points are just little things but they interrupted my work flow frequently and to the point that I wanted to punch myself in the face at points but I persevered and now, looking back over the last month or so it doesn’t seem any worse than what I had to go through whilst learning to transition to Linux as a desktop.

These are in no particular order.

My immediate reaction when I thought this didn’t exist was horror. I love screen snapping in Windows 10 – it just works so beautifully and can make normal day to day tasks really quick and simple. After a lot of reading – more than should have been necessary – I discovered that since Mac OS 10.11 this is actually a feature. It’s just hidden away in such a way – and this seems to be a Thing for Apple – that it makes it not altogether obvious how to use it.

In reality, all you need to do is click and hold on the little green Maximise button for a second or two and you get a very Windows 10-esque screen snapping setup. What a relief.

This was probably the biggest grumble I had. When clicking to maximise a window, it didn’t fill the available space on the screen but instead switches to a full screen view of that app. In my world where frequently switching back and forth between apps using the muscle memory of clicking on a taskbar at the bottom of the screen is the de facto way to do things I just couldn’t adjust.

There is however a solution. The almighty SHIFT + Double Click on the title bar of any window. This will consume all of the space in your screen without switching to full screen mode. Hallelujah.

One App, Many Windows

If there’s one thing MacOs just plain fails at, it’s the ability to switch between multiple windows in the same application. What. A. Palaver.

In Windows, you hover your mouse over the app icon and you get little windows to jump into. Or, worst case, you right click the app icon in the task bar (dock) and select the window you want that way. Or, as most people I know use, Alt+TAB.

In Mac, you don’t get window previews. As a final kick in the teeth Alt+TAB (or Command+TAB if we’re being specific) only cares about the primary Applications. You can’t switch between sub-windows of an Application which is a massive mind fuck at first. You have two alternatives.

Neither solution in my mind is ideal – however. There’s an App for that. HyperDock gives you Window Previews on hover. Which in conjunction with Shift + Double Clicking your title bars, gets you to an acceptable compromise.

It has them. I haven’t quite grasped the appropriate feng shui to fit these into my daily work flow but if you use them heavily in Windows/Linux … you’ll be alright.

Hands down, the best trackpad I’ve ever used. I’ve used a lot of different manufacturers and none of them. Not a single one, come close to the trackpad on the Mac. To be clear, I’m using the 15″ 2016 MBP with Touch Bar. So the trackpad is MASSIVE. Crucially however it doesn’t jump all over the place when my palm rests on it. Literally every other trackpad I’ve come across has some form of problem with the cursor jumping when typing on the keyboard.

It’s a joy to use, and the multi touch gesturing is top notch. 5/5. Would recommend.

It’s fine. It’s not anywhere near the level of my previous work laptop (an Alienware 15 R2) which was built for gaming. It does however a pretty admirable job of playing most games that I’ve thrown at it. My Steam library has 55 Mac compatible games so the argument that nobody makes games for a Mac is largely moot in my opinion. I have a Gaming console, and a Gaming PC if I really want to go hardcore on a particular title but for the most part the Mac will do just fine.

The only game I’ve been prompted to install in a dual boot scenario is Overwatch. It’s a real shame that Blizzard couldn’t make it work on Mac since all of their other titles run beautifully but it is what it is.

I’ve not found a solution to this. Some commands work fine in some apps, others just don’t. If you’re reading this and you know how to get consistency across all apps for things like “Command + left cursor” to go to the start of a sentence please let me know. There are some apps in Mac which just suck for this.

Terminal, I’m looking at you.

Welcome to the Brave new world. USB-C. Everywhere. Except on a iPhone 7. Uhhhhh … kay.

In practice, it’s fine. Bought an Apple USB-C -> Lightning cable and I’ve had nothing to worry about thus far. I am planning on buying one of these though for those times when I need an HDMI port …

Love it. Don’t believe you for a second if you tell me you use Function keys more than 1% of your day.

The virtual Escape key works beautifully, and the in-app context menus – whilst limited in their reach at the moment whilst app developers catch up – work supremely well. I’ve adjusted my short menu bar to include:

I’d love to see TouchID more tightly integrated into the OS, at the moment it feels a bit hit and miss about when you’re going to be prompted for it (some apps still ask you for a password, annoyingly). Other than that though … it’s the future. Once they reliably figure out true Haptic feedback I can honestly see a day where the humble key will be completely replaced.

Got used to it after a couple of weeks though, so all is fine. Just stick with it.

As you might expect, utterly seamless. The ability to copy/paste from my iPhone to the Mac and vice versa has been way more useful than I ever imagined. iCloud is of course tightly coupled and works in practice way way better than the Windows variant.

Just a shame about that Lightning port …

It’s not been a dreamy transition. It’s taken a bit of perseverance to learn new ways of working but now that I’m here – I’m genuinely starting to appreciate the OS for more than what I had previously given it credit for.

I think, if I was pushed on the matter, it would still be bottom of the pile in terms of my preference if we were being harsh about it – but … currently, I’m quite comfortable living in the house that Jobs built.