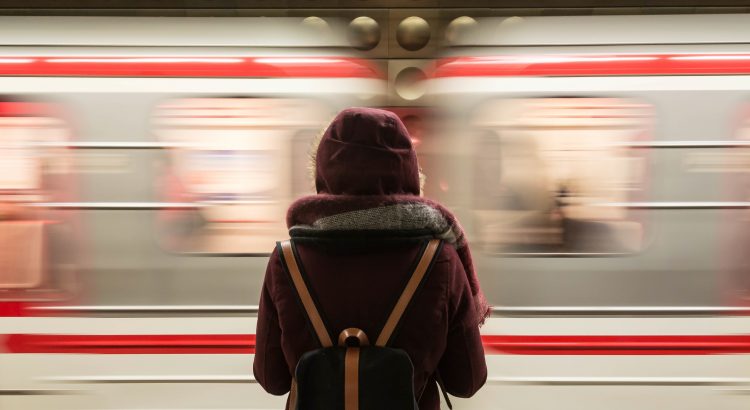 Time. We’ve only got so much of it right? I found myself wondering about that recently when sat in an airport with my two kids. I’d just spent a week in Spain with them and had a pretty wonderful time all around and at the end of it I was definitely yearning for more. As we munched through a burger waiting for our gate to come up they were both stuck in their iPads. Fairly standard behaviour in this generation of young people and let’s face it, with me as an  inspiration it’s hardly surprising.

﻿
I was at it too. I’d waved goodbye to my girlfriend who was travelling to a different destination and flicked on to my phone. On glancing around a few minutes later I realised I was the only one doing nothing with my time. My eldest was watching a video about great white sharks, one of his passions in life. My youngest was building a ship in Minecraft. Asking questions about the sail position, was it bigger than the Titanic and did I think his was safe from sinking.

Now as wonderful as it is to read the latest memes, news and other miscellanea on the book of Faces I wasn’t really doing anything useful. Everyone goes through this eventually, I don’t have the same intrinsic dislike of social media but over the last couple of years it’s influence on me has waned to the point it’s simply become a time waster. There’s been a lot made of ‘fake news’ recently (stop rolling your eyes) and as a news platform Facebook definitely has a lot of work to do. More often than not the news feed is horrendously out of date, and when it isn’t, it’s throwing up news about Miley Cyrus or some random NFL superstar nobody really cares about.

So the time was ripe for me to make a change, and I did it. I suspended my Facebook account. Not deletion, because that seemed a tad over the top – but a gentle ‘no thank you‘ rather than a ‘fuck you!’

To be clear, this isn’t a ‘Facebook is Evil’ post in the slightest – it just so happens that it was my own personal biggest procrastination outlet – if you want to make similar changes in your own life really have a look around you and decide what you can eliminate and make sure to maximise your use of that time.

Cold Turkey. I wouldnt be so flippant as to suggest this is how a drug or alcohol addict feels but I imagine there are definitely similarities. There were a few bumps along the way, thankfully all were completely superficial.

Do you know just how many sites are tied to a Facebook login? I don’t, but I know it’s rather a lot – I’m still counting the bloody things. Luckily, I have more than one large oAuth provider in my repertoire and my personal Google account is slowly but surely replacing the list of ‘Login with Facebook!’ hurdles.

I won’t bother backing up the picture because Facebook has it. Urgh. The good news is that the boys in blue provide a fairly decent data download capability so you get all of your stuff in a convenient zip file. I suspect though that as a result of the age of some of the photos and Facebooks need to optimise storage utilisation on a ridiculous scale, most of the photos are definitely not original size or quality. That’s ok, I can live with that.

That’s the whole point right? The good news is your device downloads a list of contacts whenever you sync with Facebook so you don’t lose all contact, plus it prompts another form of engagement which I’ll talk more about shortly.

That’s it really – a fairly short list of issues for a service which consumed so much time!

When we were in Spain I was staying off the beaten track. In a Valencian Community no less. We were miles from the traditional tourist traps and as a result the number of people who spoke any form of English was extremely limited. This presented some, mostly fun challenges. A little Google Translate goes a long way but I came home feeling pretty awful about the fact I had a high school education in Espanol but now some 20 years later no practical experience.

There is nothing quite so humiliating as having to resort to finger pointing in a restaurant in a foreign country. I was mildly ashamed – and also somewhat inspired by the sheer volume of foreign speakers who make their way to the UK armed with a survival kit of English in their head.

I decided this would be my first time experiment.

I’m deeply blessed that I travel so far and so often. I truly believe that my eyes were not truly opened on this earth until I set foot on a plane and took in someone else’s culture. There are some places where the language barrier is so great that it’s highly unlikely that you can pick up enough to come close to competent. Places I’ve been like Thailand where the language is so insanely different, will require years of study to get up to speed.

In Europe, where we are dominated by Latin derived languages it isn’t quite so bad.

In the next few months I have two trips scheduled to Florence, Italy. Both for weddings of friends and on both occasions we’ll be spending time outside of a main city. On top of a family holiday to Rome a year or two ago it will make my third visit in the past three years. Until yesterday I knew nothing more than a few broken sentences in Italian. It’s time to fix that.

I’ve downloaded busuu – an immersion method language learning app. Lots of flash cards, lots of repetition. Yesterday alone after around 2 hours of effort I’ve gone from maybe a dozen learnt words to being able to identify over 80. Not bad eh? Until you realise that the average English speakers vocabulary spans around 20,000 words …

It has a cute social aspect too where other users will grade and correct your exercises. In return, you correct other people’s trying to learn your native language. It’s a lovely little concept but not necessarily enough to get up to conversational speed in a few months. So I’m complimenting that with YouTube videos whilst I’m in the car driving to and from work. I should stress that this isn’t me watching videos phone-in-hand – I’ve found a range of videos where you can follow along from audio alone which is ideal and also really helps with your pronunciation.

I’m determined that I’m going to make the most of the time I’ve made to reach a point where I can at least hold a basic conversation before we go. It’s a big challenge but I’m up for it. I mean if Donald Trump can become President I can definitely learn Italian … right?!

I’m conscious that I’m not the most social person in the world. Ironic given how much time I spent on ‘social’ media, I know.

I was struck by an advert that was displayed for a … I forget … perhaps a bank? Anyway. It was in a cinema and the gist was:

Use your phone to get in touch and go see people, you twat. Talking to them on social media isn’t enough!

Now that I’ve disconnected myself from a huge number of people I barely spoke to, I’ve decided it’s time to get in touch directly and find out how my friends are in a much better, more human way. Directly!

It’ll be weird for me at first I’m sure. How are you? How are the kids? How have you been since that last time I seen you 20 years ago in school? What have you guys been up to? Been anywhere nice on holiday?

Case in point – my aunt lives literally around the corner from my mum and I’m at my mums practically every weekend. It’s almost disgusting how little I’ve seen them. Why? Well … I’ve read about them on Facebook so there’s not much more to know right?

That, is my second time experiment. Making up for lost time.

Who knows. I might be back on Facebook by the end of the week lamenting my inability to speak Italian and wondering what I was thinking.

Worth a shot though … right?

I’d love to hear what you think you can cut out and what you can refocus and invest your time in more wisely ?﻿