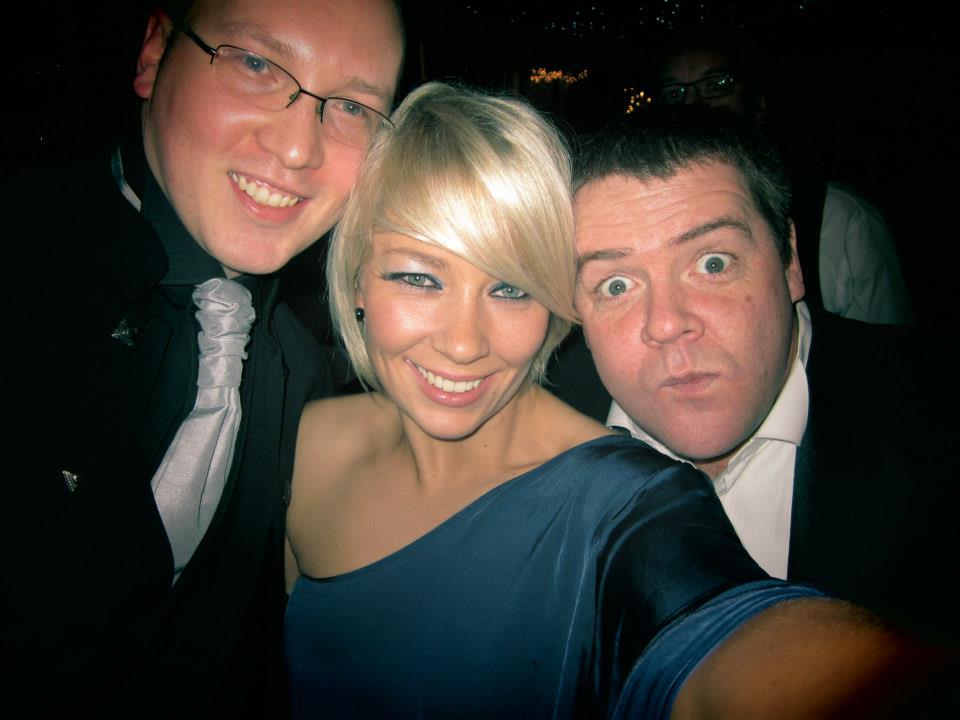 Well, it came and went. Our Christmas Party was everything it usually is, lots of fun, very messy and filled with great memories. I’ve been at iomart in various guises for 9 years now, and it struck me on Friday night just how many good friends I’ve got there, it really is like an extended family at times. The pair of nutters in the photo above are two of my favourite folk at iomart Hosting and it’s also one of my favourite photos from the night. Looking forward to 2013 already!

As I mentioned in my last post I switched around my days, so rather than Friday being the rest day it was Fit Test day! This was my second fit test and when I think back to the first one, it seems like just yesterday – it’s hard to believe it’s been over two weeks now. I’m delighted to say though that on my second Fit Test, there has been a big improvement.

Whether there will be similar jumps in performance in the future I’m genuinely not sure about but it’s pretty clear to me at least that my body is coping well with the changes and the effect is fantastic.

If you’re curious about any of the exercises a quick Google will yield some results. If I were to make recommendations, check out the Low Plank Obliques and Suicide Push Ups A further drop of 0.8kg this week, for those keeping count that’s 2.7kg so far. A sniff under half a stone in just under 2 weeks. Minimal difference in thigh and belly measurements.

Pretty pleased, would like it to be more next week though.

The Hangover was EPIC. Worth it though.

Sunday morning saw a return to exercise, I’ve never felt so drained in all my life. Complete lack of energy meant the exercises were pretty sluggish. I still managed to complete them but not at the same intensity as last week. I’m putting this down to the previous days complete lack of good food and the alcohol seeping out of me. I sort of expected this to happen so I’m not too annoyed but I am very very focused on tomorrow.

It also sheds a little light on the looming elephant in the room. Christmas. From the first couple of days I’ve been wondering it’s going to put a dent in, or stop altogether this program. I don’t really drink at Christmas or New Year (rarely at all actually) so that’s not a major concern. The food is though, I’m hoping I can keep the quantities in check whilst also doing the daily workouts.